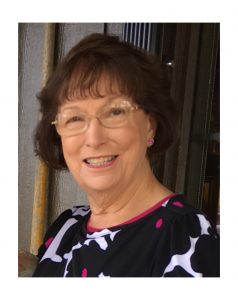 Mrs. Parker joined the staff at Bayshore Baptist Church as the Preschool Director in June 1987.  She is directly responsible for all aspects of operating the preschool programs.  This includes staff recruitment, development and management, child enrollment processes, curriculum development and classroom management.

During her 30 year tenure at Bayshore, she has dedicated herself to both the programs that are offered, and the families and children the preschool serves.  Her tireless commitment has made the Preschool Program at Bayshore one of the most sought after childcare programs in South Tampa.

Her career in Christian Childcare began in the fall of 1969 when she volunteered as a teacher’s aide at West Hillsborough Baptist Church.  While at WHBC she taught in the kindergarten and grade school before being named Principal in 1981 and held that position until leaving WHBC to join Bayshore.

In addition to her duties at Bayshore, she has held the following positions, memberships and appointments:

Mrs. Parker is licensed as both a Preschool Teacher and a Level II Director by the Florida Department of Children and Families.  She is also trained and certified in adult and pediatric First Aid and CPR.  The daughter of a US Army Captain (Retired) born at Ft. Knox, Ky, she has lived in Tampa for the past 50 years.